This is the fact: I generally have a better time when I am wearing flats, not heels. Heels (the possible exception being those leather-soled ballroom dance heels, which I haven’t broken out for years) force me into being an observer rather than a participant.

You should be glad I thought of this last night as I went to the last Rock Bottom Remainder concert ever at the ALA (American Library Association) Annual in Anaheim and was able to obtain these pictures and video just for you. If I were wearing heels, I would have had to sit down instead of standing up front for two hours, right behind the ropes, in the middle of the librarian mosh pit.

This is a band made of up Stephen King, Amy Tan, Mitch Albom, Scott Turow, Matt Groening, Greg Iles, Roy Blount Jr, Ridley Pearson, and several others– I gathered that they got other authors and musicians to come up on stage with them, too, like Bruce Springsteen and the late Frank McCourt. Last night, Roger McGuinn of the Byrds appeared. The founder, Kathi Kamen Goldmark and wife of Dave Barry’s brother Scott (who plays harmonica and some kind of recorder/pipe thing in the band) passed away, and her guitar was front and center in tribute. Barry said it wasn’t the same without her. 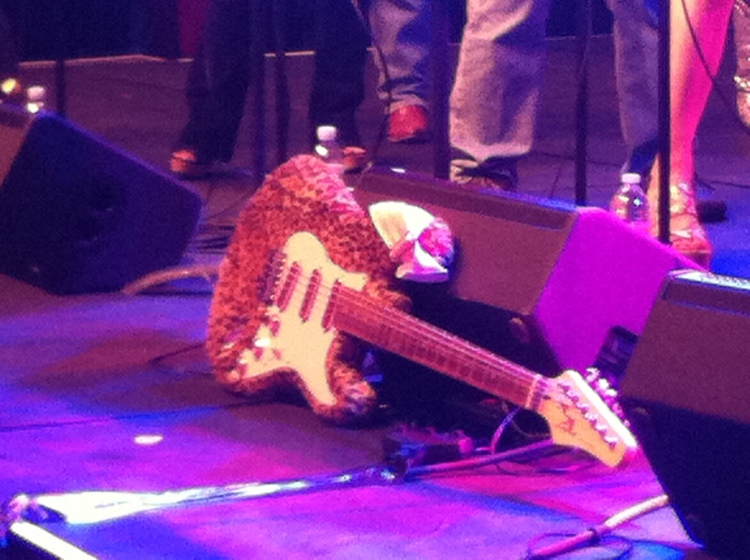 And oh my gosh! You would think librarians wouldn’t mosh…and they don’t. The wildest thing that happened was that several of them went beyond the rope to sit and take photos. Escandaloso! One lady sat on my foot. Double escandaloso!

All Matt Groening did was kind of entertainingly lumber back and forth. I don’t know if they even let the poor guy sing or if he was just pretending to. His rhythm improved when he put on a mask. He had Marge Simpson and Groundskeeper Willie. 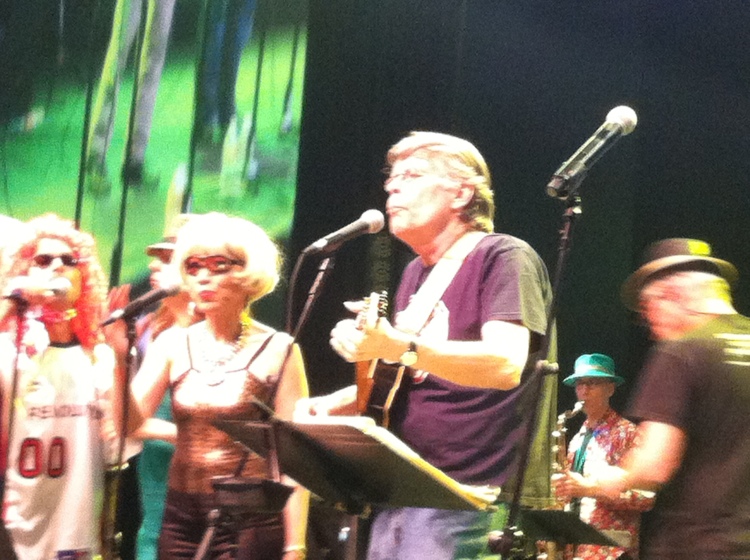 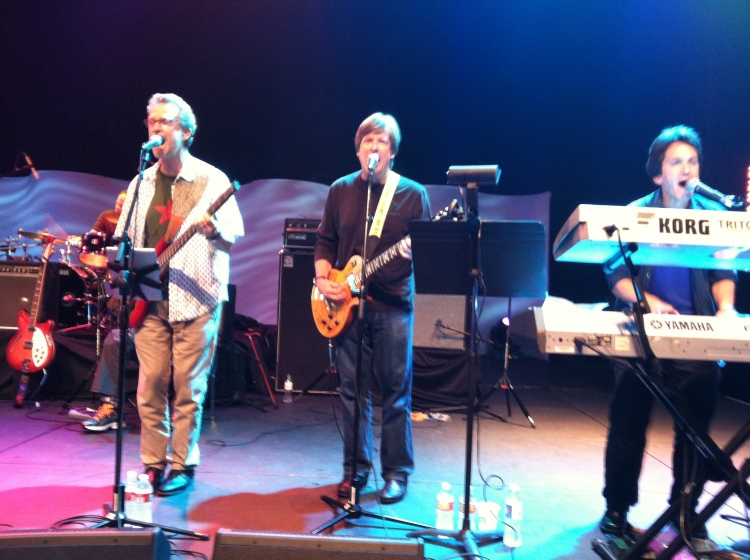 I did some other stuff at ALA that I’ll write about tomorrow. I actually signed in the Penguin booth at the same time as Ridley Pearson, but we might as well have been in different cities. I wanted to tell him how much my fam likes Kingdom Keepers (which is about Disney; I wonder if he gets a cut-in-line pass because of it?). It was a busy day.

Here are a couple of videos. I think the title of Amy Tan’s should be Amy Tan Unleashed, or “100 Shades of Tan.” Watch it and see.

One thought on “Rock Bottom Remainders at ALA”