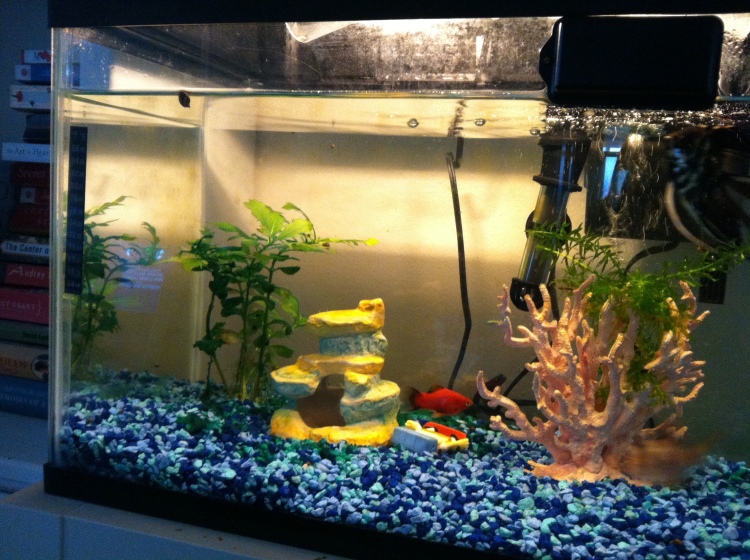 This was the most interesting corner of my house. We have three fish in there: an angel fish, a tiger barb, and a red platy. Originally, there was a guppy instead of an angel fish, but the tiger barb attacked the guppy and killed it. We then went to a proper aquarium store as opposed to one of the big chains, where people don’t always give the best advice, and asked for a fish that could survive in this tank with the barb. The Angel Fish is now king (or Queen) of the tank.