Continuing our mad craft-making binge, we made some Sculpey ornaments. Sculpey, if you’re not familiar with it, is a plastic clay that hardens in your home oven at 275 degrees. People make jewelry and all kinds of stuff from it. It comes in a bunch of colors, or you can paint it.

I got Cadillac to help me because the Sculpey is very hard initially, so you need a good bit of body heat and elbow grease to knead it. Cadillac has both.

Cadillac made this super-cute snowman. Who knew he was so crafty? 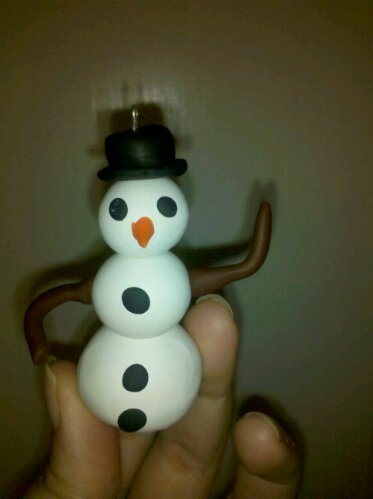 It reminds me of a Pingu character. Have you ever seen Pingu? It used to be on PBS Kids. It’s one of Cadillac’s favorite shows.

I made the Santa, but ran out of red. So he’s legless. The kids say we can stick him in a snowbank or in a chimney later. 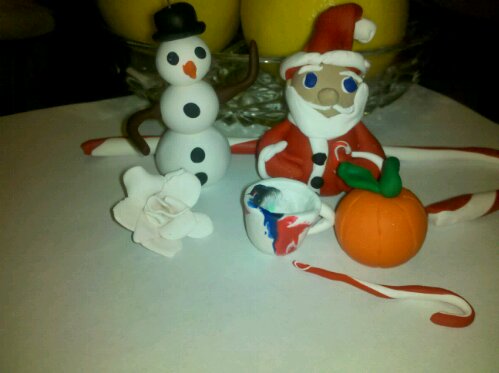 Cadillac surprised me with this mini coffee mug, made out of Sculpey scraps.

Sculpey cooks for 15 minutes per quarter inch of thickness.  These were hardened in about 30 minutes.  You have to check on them; I’ve burned Sculpey before.  It’s not pretty.

One thought on “Sculpey Christmas Ornaments”