I went to NYC last week. I hadn’t been before. My publisher offered to have me out for a meeting with my new editor and of course I wanted to go.

Because I am magic, it went from 100+ degrees of sweltering to only 65. Brrr! I had to wear the one sweater I brought.

The plane landed on time, but had no gate, so we had to cruise the tarmac for an hour. Curses! But finally we drove into the city.

All the drivers I had were crazy. Like shoulder-driving, finger flipping, we’re-in-a-Jason-Statham-movie crazy. So basically everybody drives like my husband. Kidding!

The next day, I got to meet my publisher and my new editor, Ivan Held and Christine Pepe, and my agent, Dan, who had to go to another meeting before I thought to take this photo. We started talking about my book and career path (all good stuff) but ended talking about our kids. 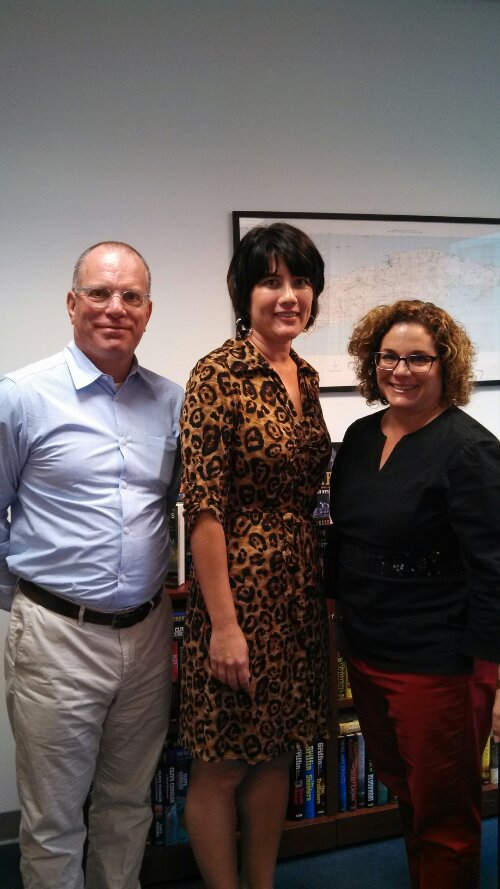 Publishing offices: what can I tell you? They’re quiet. Very, very quiet. Way quieter than my house or even the hotel room. So what I’m telling you is I should go back to the office in NYC to write hmmm? Yes. I’d write five books a year.

After lunch, I cabbed it up to the Museum of Natural History, which mostly consists of dead animals. Below is the view from the Astor Turret.

This is a hard headed dinosaur which looks like a freaky alien.

Does anybody else think monkeys are scary little critters with super sharp teeth who would probably kill you in your sleep if it meant they could take your banana?

Later, I met my first editor, Peternelle van Arsdale, who bought HOW TO BE AN AMERICAN HOUSEWIFE. I hadn’t met her before and she was just as nice and lovely in person as she was in all our phone conversations and emails.

Then I walked around the city proper. I stopped in at B&N on 5th Ave and saw my book: 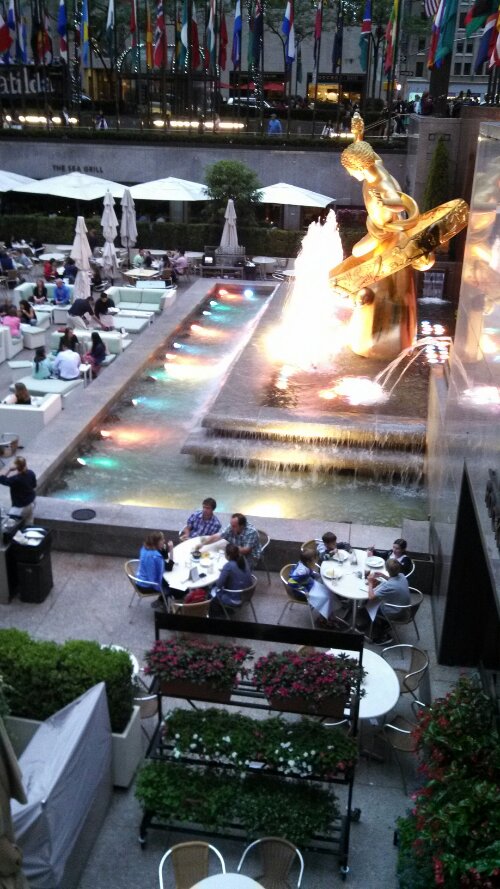 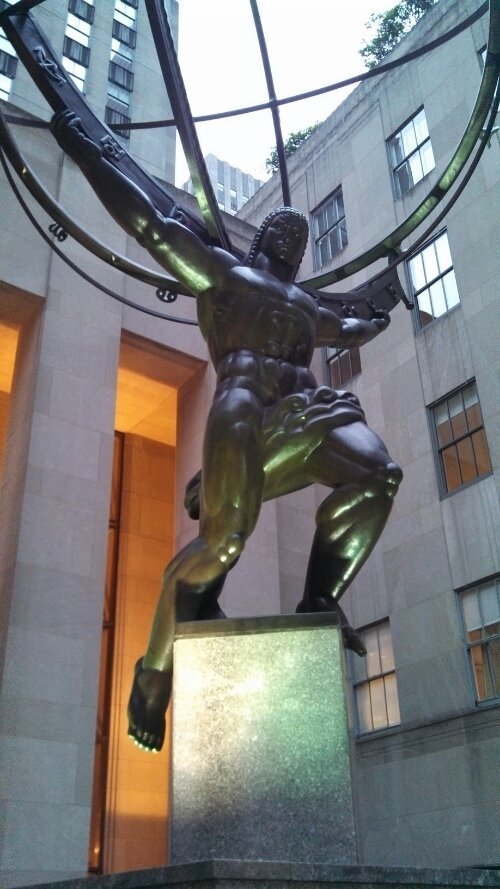 Saw the NYC Public Library. It was closed. Damn, I wished I could have gone in. Next time. Yes, going inside a library is ON MY TOURIST LIST. Deal with it. 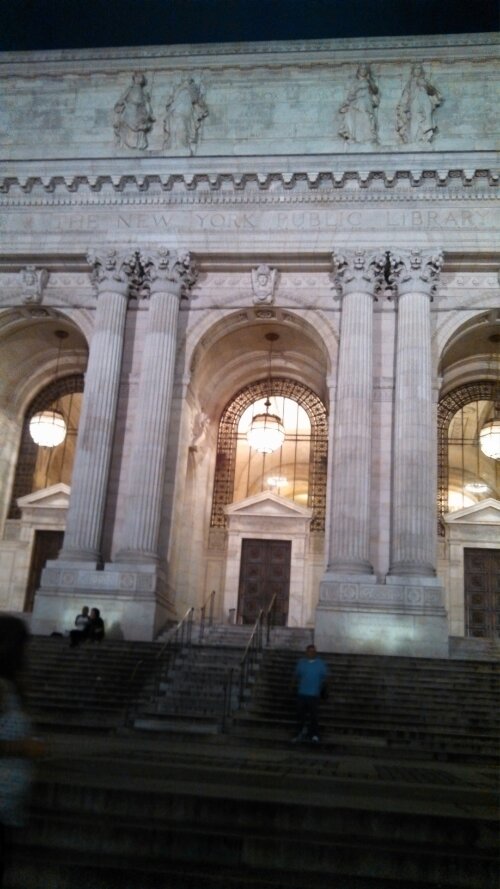 I went into St. Patrick’s to light a candle and see the architecture. They’re doing construction. 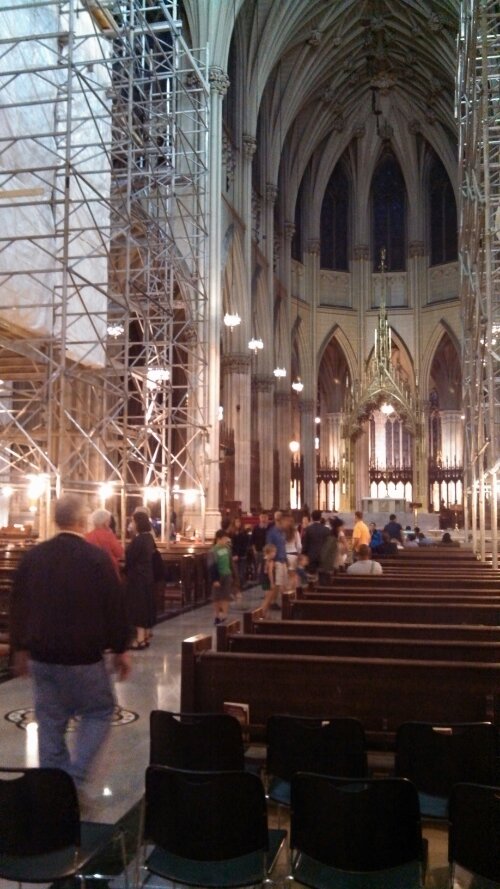 I walked until my legs and hips felt like they were a hundred years old. I walked like 40 blocks, seriously, and it was like nine, and most stores closed at eight on a Thursday. What? I know!

The next day, I went to the Metropolitan Museum of Art, where I went to the rooftop garden for lunch. They sell food, but they have no tables. They had a great view:

This work by Herbert Adams from around 1899 was interesting. It’s La Jeunesse, and it’s applewood, marble, glass and wire. Nobody was using mixed materials like that back then. 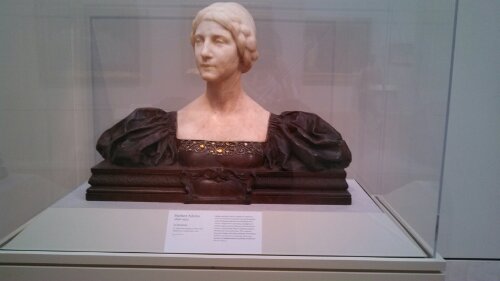 The best part of my trip back was getting to the airport to see Cadillac with these. Awww. I know. He wanted to take me out but all I wanted to do was get home and rest. 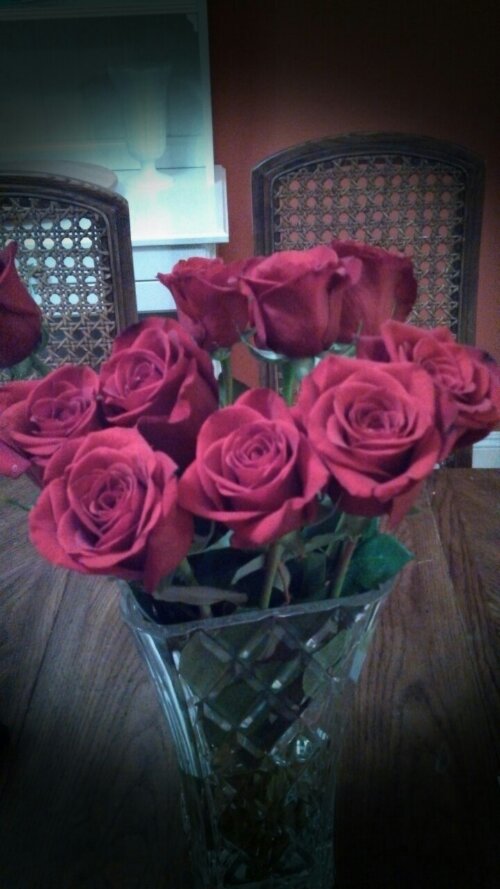 One thought on “New York”