We got some white Vans for our 12-year-old over the weekend, and she turned them into a work of art with fabric pens. She’s a huge fan of the new BBC SHERLOCK series and the DR. WHO series, so she simply had to devote one shoe to each. I swear, I think the best thing about having kids is sort of observing them like I’m Jane Goodall in the wild. My kid doesn’t like stuff like the usual boy bands (i.e. One Direction or whatever). Instead, she’s into anything the BBC produces. Also, she recently became a fan of the 80s. I guess FERRIS BUELLER’S DAY OFF is popular with some kids at her school, and she also is listening to a bunch of our old CDs (The Smiths, the Cure, etc). Excuse me while I go into the corner and laugh evilly. Our plans have succeeded! Mwahahha.

Anyway, she freehand drew these designs, and I am simply amazed at her skill and creativity. I think she should have an Etsy summer business making custom Vans drawings for people. Sherlock shoes and Dr. Who shoes. Maybe she could do more designs on request. She also made T-shirts for her and her friend, and actually cut out letter stencils in the appropriate fonts, which took her forever but made the shirts look silk-screened. 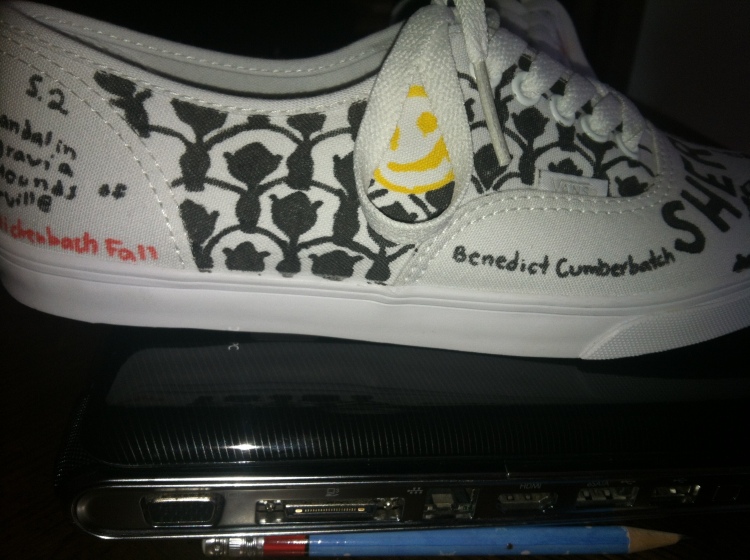