A Black tale of Danger. 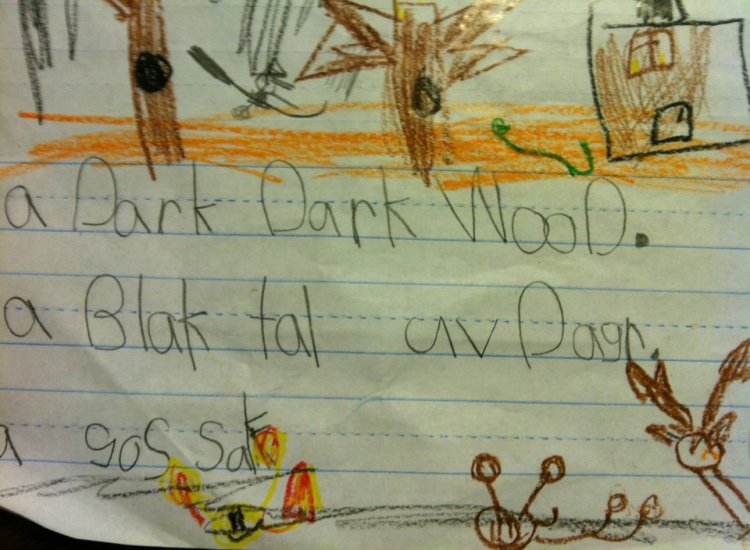 I’m not sure what it says on the bottom; LG didn’t remember, either. But it’s evocative. A great beginning to a spooky tale.

Yesterday, she brought home this story:

Once there was a jaguar. She lived in the rain forest. She was a meat eater. She ate deer, bunnies, and birds, but one day, when she was having fun with her friends, a lion stepped in front of her. She was scared, but she knew what she had to do. Attack! After that day, she was very happy. THE END!

It’s amazing how much longer and detailed it is. There’s conflict, a bit of a climax, and resolution. All the nuggets to making a longer work.

I read it aloud and my oldest thought I was actually reading her brother’s story, not the little one’s.

Maybe homeschooling* is in order for next year.

*homeschooling=a book making factory, with the kids churning out series after series of books, with nobody ever learning math.

One thought on “Little Girl Writes”