Before the weather around here turned rainy and cold, it was nice for a few weeks. The bad weather happened concurrently with a bout of bronchitis, so I guess the lack of sun was no big loss to me, considering I didn’t want to do anything except sleep or read.

Anyway, I decided to start doing some hikes around here. They’re not super hard hikes, but they’re harder than what I would have done on my own before (read:nothing. I usually hiked with Cadillac, my own personal pack animal and hill pusher-upper, but he has to go earn a steady paycheck or something).

The most difficult was Cowles Mountain. Around here, we’ve grown up calling it “Cow-ells” mountain, but then someone announced the correct pronunciation is actually “kohls.” Therefore, I still call it “Cow-ells” and will AS LONG AS I HAVE A BREATH TO TAKE. My husband calls it “S” mountain, because San Diego State students once painted an “S” on it (which the high school graduating classes in the 90s turned into their years).

This is the highest point in the city. It was difficult mostly because my knees hurt like hell on the way down. Every time there was an impact. Ouch!

Nonetheless, I sucked it up and went to the top, where I pulled my sweaty phone out and took some photos. I did the hike again the next week, figuring my knees had healed and using my MIL’s walking sticks (and nope, the knees hadn’t healed. Snap crackle pop!).

I grew up near this mountain, and when we were kids we’d spend hours running around on it. There was a cave (sleeping bags and weird candles!) and a waterfall and a pollywog pond after the rains. Now those areas are cordoned off for preservation. Darn preservation! Actually, it had to be done, because people started dumping huge pieces of trash into the pond, mattresses and car parts and the like. Darn people!

My favorite landscape paintings have a strong horizontal line and almost look like abstracted blocks of color. And I like roads cutting through (of course, being on a trail was convenient, but I could have NOT included the trail). So I took photos, in case I ever want to paint one. There’s been so much rain here that everything is especially green. Of course, this will mean everything will turn brown and catch on fire again one day, but let’s just enjoy it while we can! 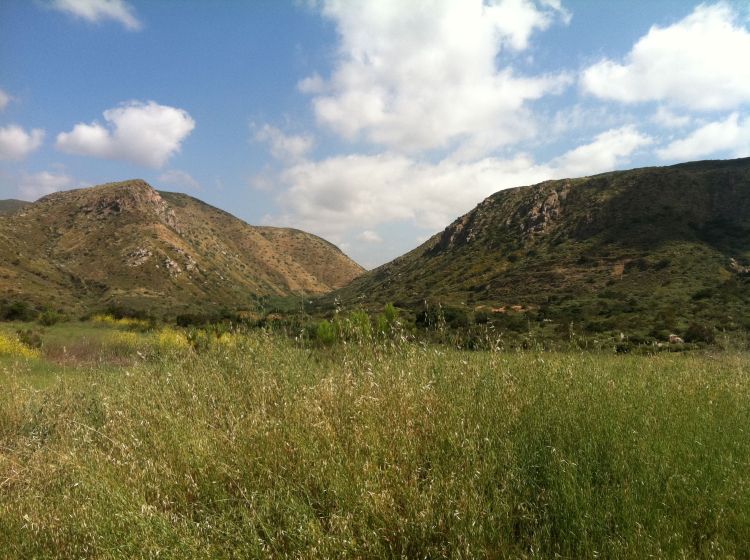 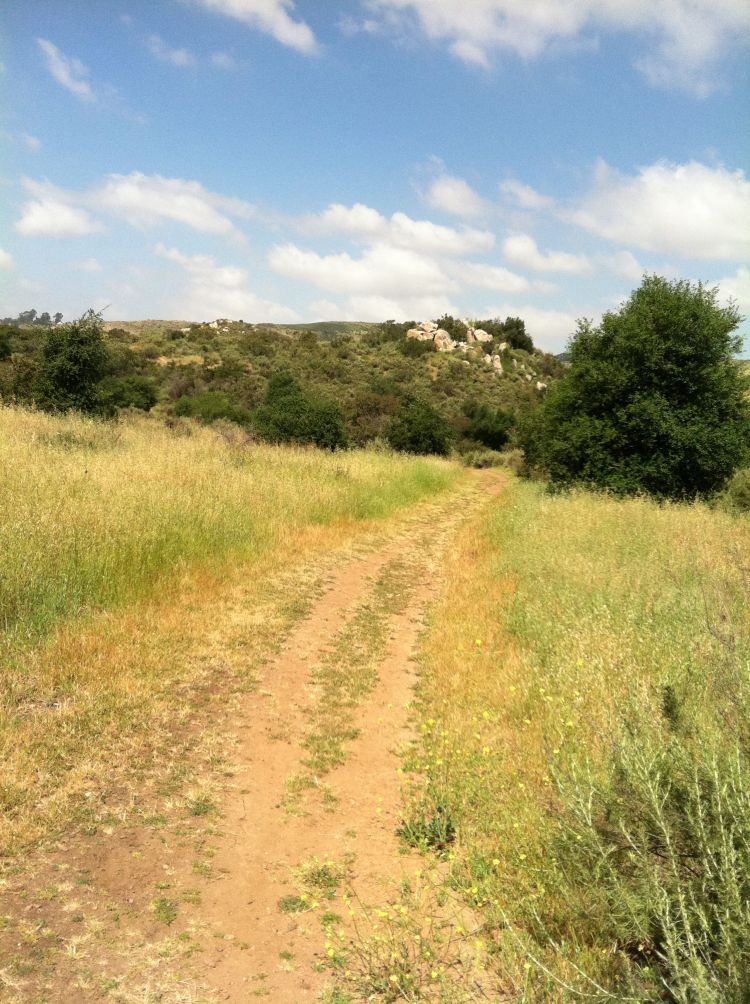 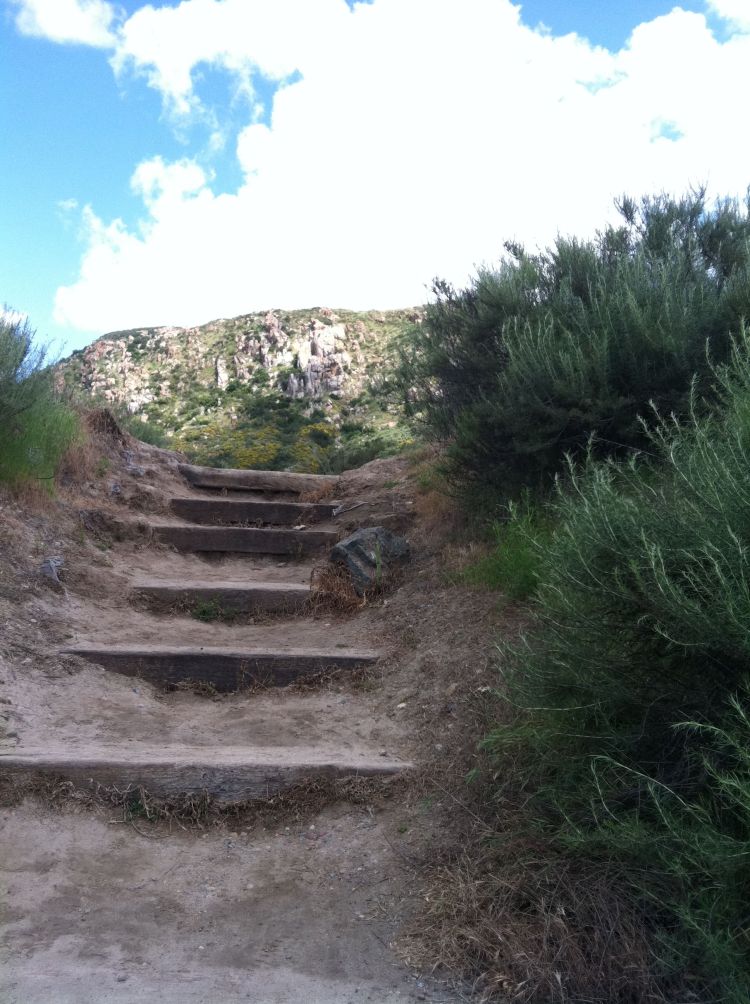 2 thoughts on “What I Do: Hiking San Diego”