The other day, the kids and I made butter.  At $3.47 per quart of heavy cream, for a second I thought it would be cheaper than actually buying butter.  It’s not.  That much cream makes about a pound of butter. Not that I weighed it, but that’s what it looked like.

Butter at Costco is around $8 for 8 sticks.

But homemade butter is delicious.  And because it’s homemade, it’s got ZERO calories!  Isn’t that the way it works?

I wonder how someone came up with butter?  Accidentally rolled the cream around? 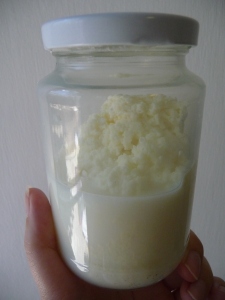 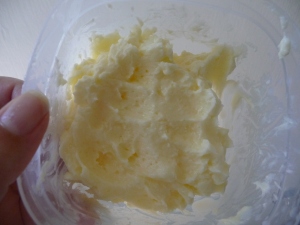